Journal: Faith and Philosophy 16.3
Pages: 405-412
Year: 1999
Download
According to many philosophical theologians, God is metaphysically simple: there is no real distinction among His attributes or even between attribute and existence itself. Here, I consider only one argument against the simplicity thesis. Its proponents claim that simplicity is incompatible with God's having created another world, since simplicity entails that God is unchanging across possible worlds. For, they argue, different acts of creation involve different willings, which are distinct intrinsic states. 1 show that this is mistaken, by sketching an adequate account of reasons-guided activity that does not require distinct intrinsic states of willing corresponding to each possible act of creation. 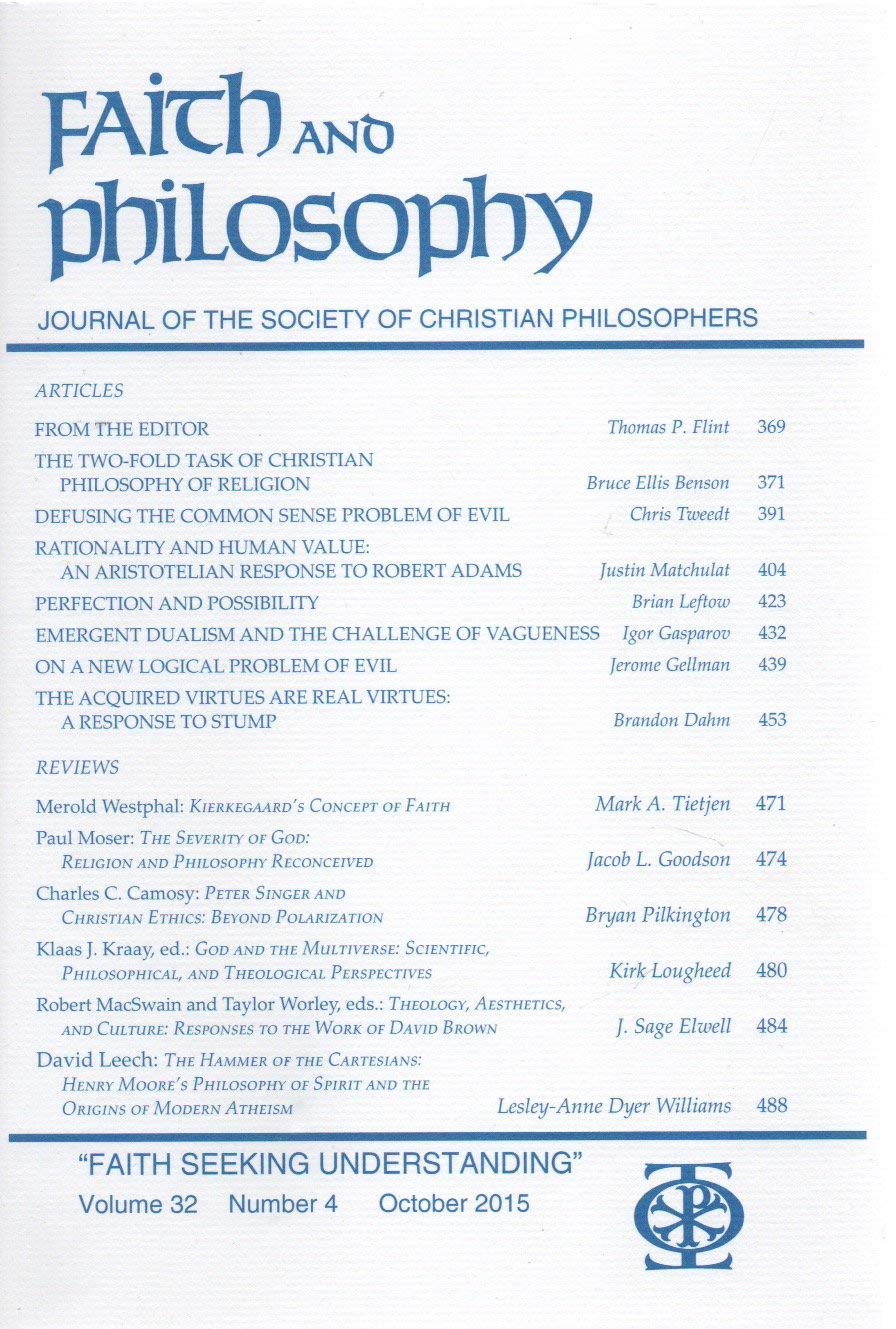